Did Miriam Carey have Postpartum depression?

We may never know whether Ms. Carey was suffering from postpartum depression when she drove from her home in Connecticut with her 1-year old daughter to Washington, DC., where she lost her life after being shot by police.  At approximately 2:00 in the afternoon on Thursday, October 3, Ms. Carey rammed her car into a temporary barrier in front of the White House, then lead officers on a chase down Pennsylvania Avenue.  Police cars surrounded Ms Carey’s car at Garfield Circle, just south of the Capitol.  Ms. Carey then rammed a Secret Service car (pictured below) in an attempt to escape.
At this point, officers began to fire shots at Ms Carey’s car.  She then drove to Constitution Avenue before eventually stopping in the 100 block of Maryland Avenue NE, near the Hart Senate Office Building.  She fled from her car on foot and was shot and killed.  Her daughter, who had been in the backseat, was unharmed.
Ms. Carey’s mother, Idella Carey, stated her daughter had been suffering from postpartum depression and had been hospitalized once for the condition.  Other relatives stated Ms Carey believed her apartment was under surveillance and that she was being stalked by President Obama.  Amy Carey-Jones, a sister, spoke to Ms. Carey about a week ago and believed her sister was fine.
Postpartum depression can be difficult to diagnose and monitor.  It is possible Ms. Carey had a severe form of the disease, Postpartum Psychosis (PPP), a rare condition that affects only 1 or 2 women in 1000.  PPP can suddenly come out of nowhere and present any time up to one year after the birth of a baby.  Sufferers and their caregivers are usually totally unprepared with how to cope with the symptoms of this disease. 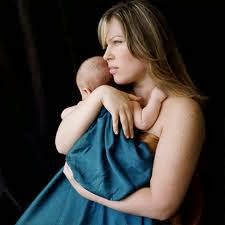 New School Year: Easy Exercises for School Counselors
Uptown Dallas Counseling Favorite Post
Fighting Suicidal Thoughts
A View from the Roof | Rewire Me
Benefits of Sleep: it Cleans your Brain.
Life Goals: Are They Actually Distractions?
Controlling Emotions: Is it possible?
How to YOU choose your therapist?
0 replies