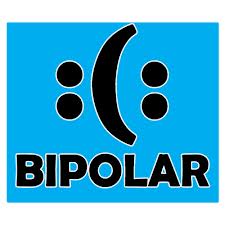 We hear these statements about bipolar all the time: “I can’t focus because I am bipolar”, “she is just being bipolar”, “he has major mood swings, maybe he is bipolar”, “I am feeling so bipolar today”, “that’s my bipolar coming out.”

What does “being bipolar” really mean?

The National Institute of Mental Health gives a detailed description of the symptoms of bipolar disorder, stating:

Bipolar disorder includes periods of both mania and depression.

Symptoms of mania or a manic episode include:

Symptoms of depression may be:

People with bipolar disorder may also have behavioral problems. They may abuse alcohol or other substances, have relationship problems, or perform poorly in school or at work. At first, it’s not easy to recognize these problems as signs of a major mental illness.  Bipolar disorder usually lasts a lifetime. Episodes of mania and depression typically come back over time. Between episodes, many people with bipolar disorder are free of symptoms, but some people may have lingering symptoms.

BUT WHAT DOES IT REALLY MEAN?  HOW IS BIPOLAR DIFFERENT FROM MOOD SWINGS? 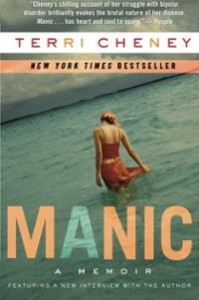 Terri Cheney’s memoir, Manic, is a description of what it felt like inside her brain to be manic and then move quickly to depression.  Cheney details experiences from her adult life that range from being so manic she could not speak coherently, to being so depressed she could not move.  Her book gives the reader a personal view of how devastating life can be when bipolar disorder is out of control.

Some of my favorite quotes from her book that describe her feelings are:

“I actually stopped talking. I actually listened. So I knew that I wasn’t all the way manic, because when you’re all the way manic you never listen to anybody but yourself.”
“There’s nothing quite like breaking something – the law, a pane of glass, whatever – to embolden a manic mood.”

“What right did I have to my own despair, with such genuine suffering before me? I looked around me at the pockmarked children, and all I could think was, a six-figure lifestyle drove me to suicide. It’s chemical, I told myself. I didn’t choose to be manic depressive.”

“But mostly I long for sustenance – a sense of fullness, an absence of ache. It’s a primal hunger, that goes beyond food: what I really crave is normalcy.”

“Well, if it wasn’t for my manic depression, there would be no me for him to marry, period. I’d be some other person entirely. I wouldn’t have those flashes of brilliance he so admired, that made him want me in the first place. I wouldn’t have the volatility that maddened but intrigued him. Alan hated ordinary. That’s just what I would be.”

Cheney’s life was miserable.  She was not experiencing “just normal mood swings”.  She had uncontrolled bipolar disorder, and the condition was ruining her life.  As she details in her book, she continues to be disabled by the condition, but with the combination of medication and therapy, she is able to live a productive life.  She is a mental health advocate and on the boards of directors of several mental health organizations.  She also facilitates a weekly community support group at UCLA’s Neuropsychiatric Institute. Her writings about bipolar disorder have been featured in New York Times, the Huffington Post, and countless articles and blogs. She currently resides in Los Angeles.

If you believe you may have bipolar disorder, or any type of mental health challenge, see your primary care physician or a psychiatric professional for help.  Do not use the above lists of symptoms to make your own diagnosis.

Who gets Depression? What does it look like? How will I know?

Our emotions do not obstruct our logic, they create it

A great tool for a parent/child chat about ADHD

Abstainer or Moderator? Gretchen Rubin explains why it matters to your Happiness
0 replies