If you and your family are watching 13 Reasons Why? on Netflix, you may want to have some discussions on the topic of suicide. From the Suicide Prevention Resource Center (SPRC)’s newsletter, April 7, 2017:

Suicide Awareness Voices of Education (SAVE) has released a set of talking points to address suicide-related content in the new Netflix series, 13 Reasons Why, which is based on a fictional novel by the same name. SAVE developed the talking points in partnership with the Jed Foundation to help parents, teachers, and other gatekeepers talk with youth about suicide as it relates to the situational drama that unfolds in the series. 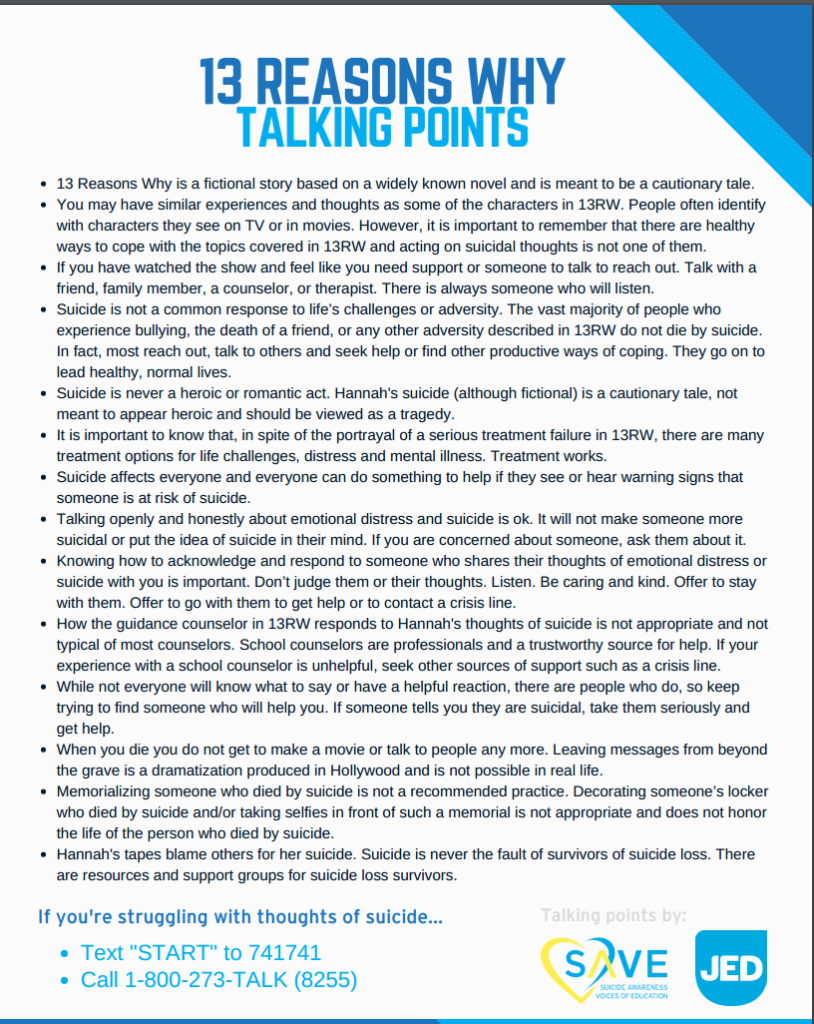